Many people say that the UK has some very strange, outdated laws – citing anecdotal examples involving Welshmen in Chester after sun-down. I don’t think you need to go much farther than our drugs legislation to find really loony stuff:

Last night I attended a talk by Dr James Moffat of St. George’s University on the subject of Pharmacology. Dr Moffat opened by stating that he is a cardiovascular specialist and that there will definitely be some questions raised by his talk that require a neurobiologist, or a lawyer, or a politician to give us the sort of detail we are looking for.

He started off by showing us a line of powder on a mirror and asking us to identify it. Naturally the consensus was Cocaine but the photograph was of Salbutamol (commonly known as “Ventolin”) which saves more lives than Cocaine will ever take.

He explained that the brain works by pattern recognition and that it determines what it has taken by which receptors the chemical has triggered. He demonstrated this by asking us to imagine that our brains were simplified and had 1 receptor for each celebrity. Our eyes receive parts of these celebrities and our ‘celebrity receptors’ tell us who they have seen. We were shown a slide of George Clooney’s mouth, and another with Angelina Jolie’s eyes. In both cases the audience as a unit managed to identify the celebrities. Dr. Moffat then unveiled his scariest slide of all: an amalgam of Clooney and Jolie (“Georelina Cloolie”?). He explained that the brain receives the effects of chemicals in the same way: if a drug is designed to affect two receptors, we’ll recognise both at once with different parts of our brain.

Designer drugs target receptors in the brain responsible for releasing neurotransmitters, the key compounds targeted are: serotonin, which induces the happy response; dopamine, responsible for the reward response and addictive qualities; and noradrenalin, the effects of which are complex and still being discovered. The experience you get from taking the substance is based on the extent to which the substance interferes with normal brain activity in the receptors.

Substances such as caffeine, nicotine, and alcohol also interfere with the natural function of the brain in very similar ways. Why are they legal and other drugs aren’t? Also, what about ‘legal highs’ purchased in new age shops? These aren’t FDA approved drugs that get criminalised when new evidence comes to light: these have never been through any kind of official regulatory body whatsoever, nor do they need to have undergone any testing whatsoever. As Dr. Moffat puts it: “‘legal highs’ are an experiment on the general public done by scumbags”.

Let me stop for a moment and point something out here: an English establishment can be shut down for continuing to sell food where the ingredients are listed only in a foreign language because there is a good chance the consumer won’t know what they are consuming, and yet there is little to no regulations on the sale of substances for which the molecular structure is completely unknown. Something is very clearly wrong here.

The criminalisation of substances can, in some cases (such as in Phenethylamines), lead to the outlawing wholesale of any substance which contains the same molecular structure as the banned substance (except where it already has proven medicinal benefits, such as Bupropion). We are at a point now where we ban imaginary drugs and make life difficult for medical researchers without actually hindering the manufacturers of ‘legal highs’ – all they need to do is change a single atom in the molecule and the substance is unknown again. The legislation does not work as intended for anyone.

The questions section was the longest I had ever witnessed in a PubSci event. Even so, I came away from this talk with more questions:

I don’t know who can answer these questions. Maybe you can help.

The PubSci organisers would like to thank Palaeosam for writing this review – check out his blog for other reviews and interesting stuff! 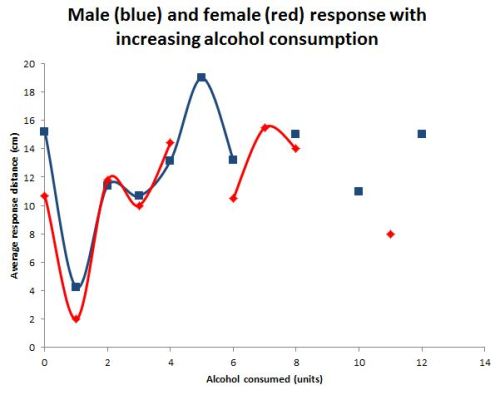